That’s because the Supreme Court said in its landmark decision in Brandenburg v. Ohio that the constitutional right to free speech protects inflammatory rhetoric unless it’s intended to incite “imminent lawless action and is likely to incite or produce such action.” The ruling overturned the conviction of Clarence Brandenburg, an Ohio Klan leader who had been prosecuted under a state law for making a speech in which he advocated violence against African Americans and Jews.

The case, in which the American Civil Liberties Union represented Brandenburg, set a high bar for criminal prosecutions of inflammatory speech. To make the case that Trump incited the riot, prosecutors would have to show that he intended to provoke violence, but his words are vague enough that it’s possible to argue that he was simply urging his supporters to peacefully protest outside the Capitol. 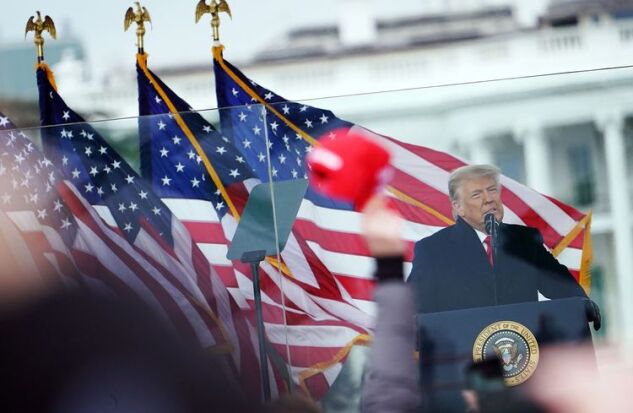 “Intention to incite is always difficult to show,” said Shirin Sinnar, a law professor at Stanford who studies the legal treatment of political violence. “A lot of the evidence here can be interpreted in different ways.”

Speaking to reporters on Tuesday, Trump called his remarks at the rally “totally appropriate,” rejecting any blame for the attack. He instead cast efforts to impeach him as a “terrible thing” that was causing “tremendous anger.”